Highlight
Get to know these incredible Malaysian women who...
IWD 2021: A virtual campaign that celebrate women...
Trying to get your CNY necessities in the...
Grace’s Christmas Gift Guide 2020: What to get...
Meet the Mixologist: Samuel Ng, the free-spirited SEA...
The most wonderful time of the year is...
#TopPick: Sephora, PUMA, Island Chill and so on
Legend has it that you don’t know the...
Coway continues its journey in aiding the Orang...
6 basic rules of tidying that you should...
Home Entertainment Kids To Get Their Own Youtube Soon
Facebook Twitter Google + Pinterest
EntertainmentHighlightHobbyLatest

Youtube has recently stated that it has plans to release a whitelisted version of Youtube Kids app in the near future, which would be a way to avoid questionable and graphic content suggestions to kids using the app. 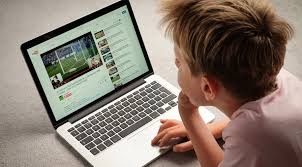 Kids are known to be one of the biggest user bases on Youtube.

This modified version of the app will also restrict videos from selected channels that a team of human curators at Youtube will approve. While the decision has yet to be made or officially announced, this news comes in response to some critical views stating that the Youtube suggestion algorithm inherently steers audience towards extremist content.  This incident was first noted when the Youtube Kids app was reported to have directed children to misinformation such as Flat Earth Theories, Mars Conspiracies and moon landing theories.

YouTube has made a number of efforts to try and crackdown specifically on child exploitation content, including removing advertising from millions of videos, imposing age restrictions on flagged content, and increasing the number of human moderators that scan its platform. To combat misinformation, YouTube announced last month that it would be using Wikipedia to help fact-check videos suspected of peddling conspiracy theories, only for Wikipedia to turn around and publicly announce that it had never been informed of the decision.

Stay at ‘The Christmas Season Room’ this Christmas at Première Hotel

Grace’s Christmas Gift Guide 2020: What to get for someone who has it all

Eat Your Way To Korea with Kenny Rogers Roasters and Traveloka

A Mamma Mia Sequel Is Coming