Highlight
This quick-service restaurant introduces a fresher and bolder...
Get to know the sweet soul of Honey...
LGBTQ+ and what should you know about this...
Malaysians share their lovey-dovey stories with us and...
9 underrated online stores you wish you knew...
Lee Chong Wei to grace Madame Tussauds Hong...
M’sian talents who are here to prove their...
Rediscover Your Love for Beer and Food this...
32 Shades of Colors From Nippon Paint
50% of the New Drinks Menu at The...
Home Highlight Samsung’s Entry Into Cryptocurrency Marks Another Giant Entering The Scene
Facebook Twitter Google + Pinterest
HighlightInvestmentLatestWork & Money

Samsung’s Entry Into Cryptocurrency Marks Another Giant Entering The Scene

Recently, Samsung Electronics has revealed that it would be making chips specially designed for the purpose of mining crypto-currency coins. The firm made this announcement in its latest earnings report where it is said that this activity would help boost its profits. 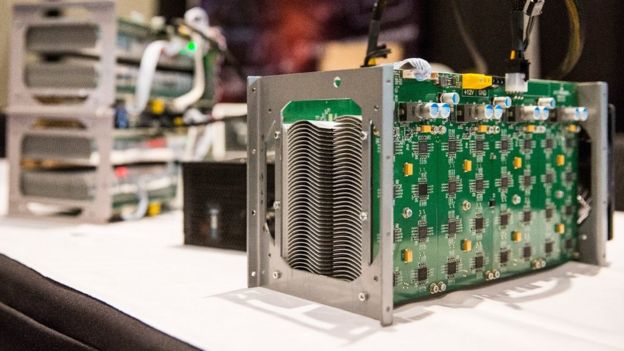 The Bell, a South Korean newspaper has stated that Samsung will be using ASIC (application-specific integrated circuit) chips for their mining operations, and these are special chips designed for a single task but not used in general computing operations. This comes as a legitimate strategy as within the last few months, GPU’s have been rising in price due to the cryptocurrency mining hype, while ASIC has been relatively cheap all the while. According to The Bell, Samsung had completed its development of its own Bitcoin-related ASIC chip last year and is due to head towards mass production early this month.

Experts have theorised that this new move by Samsung has shown that the rise in Bitcoin’s value does not represent that the bubble is going to burst anytime soon, however, experts also are concerned as to how long can prices keep hold and if Samsung’s move is considered to be too premature.

Songs to Sing In the Shower

Be Educated on Your Kidney and Women’s Health

Celebrate The Kool-est Raya Ever

Home Entertainment For All With BenQ Projector TK800