Strictest Laws In the Asian Region

What’s not to love about travelling? Sightsee some of the best views ever, soaked in the country’s culture and even indulge in their local cuisines. Of course, not every travelling experience has to be like sunshine and rainbows. With every country, lies protocols and strict regulations that you have to adhere to. Some view these rules are somewhat harsh and shouldn’t even exist as it can lead to many negative outcomes rather than the positives.

Whatever it may be or their reasoning behind it, these countries pretty much govern one of the strictest laws around the Asian region.

With 82 million inhabitants, Iran is the world’s 18th most populous country. Due to Islam being its official religion, they are tied to the Sharia Law. Which means every Muslim in Iran should be doing their daily prayers, fasting and give donations to the poor. That doesn’t seem all too bad but when it hit is when Iranians are prohibited from doing any actions or any sort of propaganda against the government. Going against such things would result in huge consequences.

A recent case was when women’s rights defender Saba Kordafshari who was arrested in prolonged solitary confinement for a few days before being transferred to prison. All this is because she was speaking out her opposition to forced veiling or it’s called White Wednesdays campaign.

Besides that, the dress code is also pretty tough here where a man can’t be seen sporting a certain hairstyle or look and women need to be covering their head in Hijab and avoid wearing skinny jeans. Also, western music is strictly prohibited.

Given that China is still a communist country, you ought to know that the law being implemented would be a nightmare. Censorship is one of the biggest law they have included in where anyone who is in China, strictly blocked from entering any social media sites like Instagram, Facebook, Snapchat, Twitter, Youtube, Google and any news that is deemed scandalous or even classic literature can be scrubbed off before it is allowed to be on store shelves.

Today is the 30th anniversary of the Tiananmen Square massacre. Through censorship, the Chinese government has prevented its people from learning about the country’s largest pro-democracy protest that resulted in thousands of bright young lives lost. pic.twitter.com/ZOxrPmRJWb

For example, the political satire famous book written by George Orwell, Animal Farm is banned in 2018 to avoid potential protests by its citizens. Heck, even Winnie the Pooh was ban in full effect in any platform as they used it as a meme to mock Chinese President Xi Jinping. Looks like China won’t be getting their dose of ‘Hunny’ for quite some time.

Besides that, from the government wants the people to see the squeaky clean image of them, they also removed the Tiananmen Square Massacre of 1989 across the country in their textbooks, school curriculum and even on the Internet, making it nonexistent info for the youth of the future.

An island city-state off southern Malaysia, with up to 5.8 million population presents some of the most absurd laws in the world. Singapore is known for its cleanliness and that’s also because of its strict rules. Spitting in public can also be slapped with a fine. Ban on chewing gum is pretty much the main highlight here. It is true you cannot buy chewing gum in convenience stores or grocery stores but health chewing gum like nicotine gum and sugar-free gum are available at the pharmacist’s.

You can even get caught by selling gum as your first-time penalty comes in as high as $100,000 or a prison sentence of up to two years. Imagine being incarcerated for a chewing gum!!!

Adhering to their cleanliness, if you don’t flush the public toilet after using it, you can be caught by a fine. Speak of charging for someone based on common courtesy, yikes! It has become so advanced so much so that many Singaporean elevators are equipped with urine detection devices which means it can detect the scent of urine and will set an alarm off. Not only that, it’ll keep the doors closed until a police officer arrives. 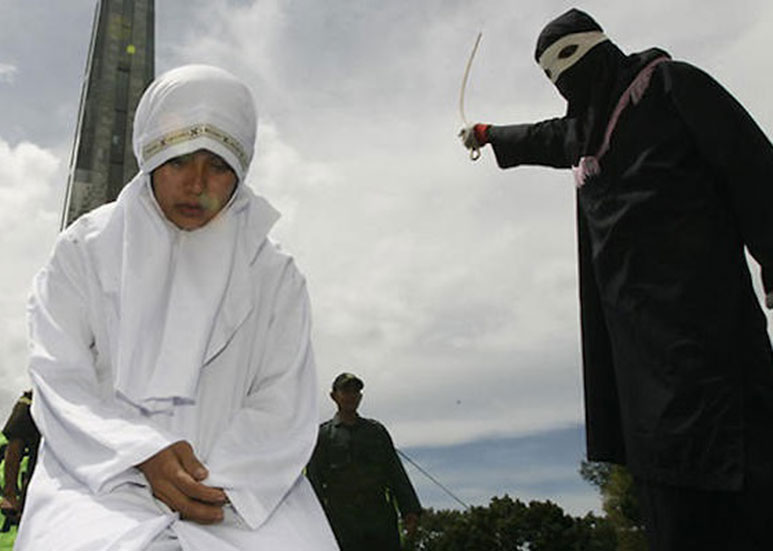 Recently the women in Saudi Arabia thrive when the government lifted the ban that allows women to now drive. However, being bound to their strict religion and tradition, social laws mainly apply to women are still stern. The country’s dress code for women only allows women to cover themselves up by wearing full-length and all-black robes for them to head out. What’s even worse is the fact that if a woman is raped, she can be found guilty if her clothes are considered too revealing.

To keep up with its strictness, photographing pictures of government and military installations is illegal there and can be resulted in a prison sentence. Also, avoid taking pictures of local people without first asking permission.

Women’s rights in this country seem unlikely to receive justice for them as the testimony of a woman is two times less valuable. They need at least 6 male witnesses to file a lawsuit. It is also hard for women to get custody of their children after a divorce if they are older kids. Besides that, it also reported that there were many cases of women who are brutally killed for not obeying the laws. It’s no wonder many Saudi Arabian women flee the country for their safety and freedom.

In the news, we often hear about how Bhutan is constantly in the list for the world’s happiest country. Though people may be happy, there are certain rules you have to obey when you visit Bhutan. All tourists must obtain a visa before arriving in Bhutan and are issued after a full payment made. You can only visit special areas with a special permit that will be obtained by the tour operator. When you leave Bhutan, travellers will have to pay a US$20 departure tax except for Indian nationals.

The royal family of Bhutan is still revered by their people as God so for those who diss them, maybe looking at deportation for good. Maybe the best thing is never to ask or talk about politics in this country. Speaking about God, if you are visiting a monastery, temple or a stupa, it’s always respectable to walk around the prayer wheels in a clockwise direction.

For all you smokers, Bhutan is the first country in the world to have completely banned the sale and production of tobacco and smoking is banned in public places too. You can, however, bring your own tobacco provided that it’s up to 200 cigarettes for personal use and declare it upon arrival where it will be subjected to sales and customs tax. If got caught smuggling tobacco in, you’ll be in prison for three years.

Everyone who goes to Japan is bound to love something from there. Sometimes their rules may be strict but that’s also what keeps the Japanese obedient and respectful people. Smoking, gambling, and the legal drinking age are 20 years old. Japanese laws when it comes to drinking in public are generally relaxed which means they are free to consume alcohol in parks, at the station or even inside a train. Of course, drinking responsibly would be a priority too.

When it comes to commuting via trains, it is forbidden to talk on your mobile phone. They would instruct you to turn your phone to silent or as they called it “manner mode”. Plus, even going to the park would forbid them from not playing frisbee, no drums, no crying (WHAT?), no pets, and no skating.

Japanese are known for their good work ethic and that comes with strict working policies and all employees including from the CEO down to the lowly staff to perform excellently and respect those who are higher than him. The topic of World War II and the bombings of Hiroshima and Nagasaki is highly prohibited to talk about.

This communist country pretty much takes the icing on the cake for the strictest laws in Asia. With the nation’s isolation from the outside world, there are so much of mind-boggling laws they have that will shock you.

Internet is an important part of every human being but in North Korea, only certain people are allowed to use the Internet and this includes, the North Korean political leader, their family, and military’s cyber-warfare department. Other places, Wifi is banned. Plus they can’t use standard Windows or Mac operating systems but rather their own Red Star OS. When it comes to the media as well, programming is controlled by the government by putting only news that the citizen should know about.

This is where the rules get more controlled. You can only have an option of 28 styles of haircut that is approved by Kim Jong-Un, with men having 10 styles to choose from and women with 18 various styles. When it comes to fashion, jeans are a big no-no as it deemed as a symbol of capitalism. Even, North Koreans must not smile or talk loudly on the 8th of June. This day was when North Korean President Kim II-sung died. As well as on his birthday (April 15). Those who don’t do this will be sent to labor camps.

If you’re already suffocating by just reading some of the laws stated in North Korea, you can’t call for help either. Making international calls is illegal unless they receive government permission. A man in 2007 was sadly executed and shot by the government for not complying.

However, what was interesting about North Korea is rumors that marijuana is legal there. But you can debunk this myth as it’s completely illegal. One of the many confusion that stemmed from their hemp plant which resembles like a marijuana plant.

Would you still visit any of these countries even though they have strict laws?

32 Shades of Colors From Nippon Paint

Turn Some Heads With this PUMA X Maybelline Footwear

Sung Hyekyo Chosen As Next Muse For Sulwhasoo

Could Alcohol, Coffee and Being Overweight Be The Key To A Longer Life Span?

Hackers Get Away With $400,000 Worth Of Crypto Currency