Highlight
Get your significant other something different this coming...
British engineers claim to have discovered the location...
Take advantage of unique discounts on a selection...
Get to know these incredible Malaysian women who...
IWD 2021: A virtual campaign that celebrate women...
Trying to get your CNY necessities in the...
Grace’s Christmas Gift Guide 2020: What to get...
Meet the Mixologist: Samuel Ng, the free-spirited SEA...
The most wonderful time of the year is...
#TopPick: Sephora, PUMA, Island Chill and so on
Home Highlight How Reddit Can Save Facebook
Facebook Twitter Google + Pinterest
HighlightLatestTech

South by Southwest Interactive (SXSW) is a festival held to display a new social network or product but its recent festival has been less focused on app development and more towards a focus on a developed society.

One of the core products in mention this year is not a newcomer and that is Reddit. Reddit is the 6th most viewed website in the world but yet it is considered to be under the radar by many due to various reasons ranging from its ugly interface to its muddled content.

However, as ugly as it may be, some are saying that Reddit could hold the answer to fixing what is wrong with Facebook as it is a role model on how it can create a fairer web that does not add stress to developers. 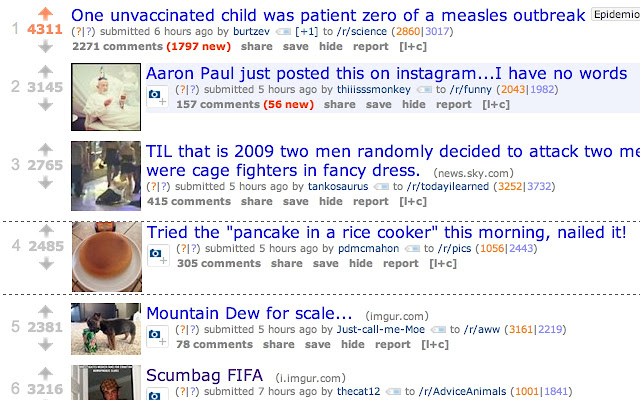 The way Reddit delivers its content is by having users upvoting a certain thread or by downvoting it, which allows the more popular content move up within the thread.  This is considered to be one of the more transparent systems as you also get to see the user who has posted the content and when did they do it.

If you are a page manager, you can also choose how to rank your pages nominally by creating subreddits. In comparison to the algorithm that Facebook uses, which is an amalgamation of complex maths that only those within the Facebook HQ would know.

One of the issues behind this, however, is the fear of users gaming the system for their own gain. As Facebook has recently created its own internal survey on which news dissemination websites are newsworthy, it has neither shared nor boosted the content as a result.  On Reddit however, the voting system is a target for group hackers, bots, spammers and all sorts of shenanigans.

You may be seeing a content genuinely being upvoted by the interest of the community or you can also find that some content is deliberately downvoted due to some political or cultural agenda.  Steve Huffman, Reddit’s co-founder and current chief executive, remarked at length at SXSW about r/The_Donald, a subreddit used by President Trump’s supporters and Trump himself during his 2016 campaign.

While many users have asked for that thread to be taken down, Huffman instead kept it up with a few measures set in place to limit its growth. This is a classic case of conflicting views versus conflict of policy.  One of the more troubling news from these threads is how they seem to fertilize conspiracy theorist and fake news outlets.

Reddit still has a monumental task ahead if it wants to create a better internet society and their team of 300 might not be able to handle such a burden. One fallacy is that they believed that users can be given the freedom to self-regulate the site which from the early days of Youtube, it was proven wrong.

Whether Reddit can reverse the momentum which is taking place on the internet can yet be seen, it remains one of the few platforms with the potential to do so.

Keep Your Home Cool with 6 Steps!

Stephen Hawking Passes Away At 76

Get Flawless Skin with the Hada Labo Kouji Range

Stay On Beat With Plantronics BackBeat 505