Highlight
Get your significant other something different this coming...
British engineers claim to have discovered the location...
Take advantage of unique discounts on a selection...
Get to know these incredible Malaysian women who...
IWD 2021: A virtual campaign that celebrate women...
Trying to get your CNY necessities in the...
Grace’s Christmas Gift Guide 2020: What to get...
Meet the Mixologist: Samuel Ng, the free-spirited SEA...
The most wonderful time of the year is...
#TopPick: Sephora, PUMA, Island Chill and so on
Home Food Coca-Cola And Alcohol?
Facebook Twitter Google + Pinterest
FoodHighlightLatest

After 126 years of existence, Coca-cola is coming out with a new drink that pulls them far away from their usual spectrum. For the first time ever, Coca-Cola is creating alcoholic beverages. 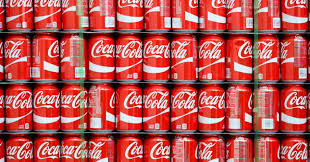 Unsurprisingly, it is kickstarting this new brew in Japan, with an alcopop-styled product that borrows its style from Chu-hi, a local sparkling canned drink with a kick thanks to the shochu added into the mix. Chu-Hi – an abbreviation for shochu highball – has been marketed as an alternative to beer, proving especially popular with female drinkers. The new brew is reportedly expected to contain 3% to 8% alcohol by volume and it is unlikely that you will be able to find this drink outside of Japan.

“We haven’t experimented in the low alcohol category before, but it’s an example of how we continue to explore opportunities outside our core areas,” said Jorge Garduno, Coca-Cola’s Japan president.

As younger consumers are looking towards more bizarre tastes, Coca-Colas had been experimenting with their palate, with fizzy drinks, tea brands and even plain old water.

Are Women Drivers Really As Bad As We Think?

Queen of England, Elizabeth II is tested positive for COVID-19

You can now change your vaccination location on MySejahtera, here’s how

Ramadan 2021: Healthy practices to keep you fit and well-nourished

Emerging artists that we should keep an eye on

Taboos Around Asian Countries While Travelling

French “Spider-Man” Gets Awarded For His Act Of Bravery