Highlight
Get your significant other something different this coming...
British engineers claim to have discovered the location...
Take advantage of unique discounts on a selection...
Get to know these incredible Malaysian women who...
IWD 2021: A virtual campaign that celebrate women...
Trying to get your CNY necessities in the...
Grace’s Christmas Gift Guide 2020: What to get...
Meet the Mixologist: Samuel Ng, the free-spirited SEA...
The most wonderful time of the year is...
#TopPick: Sephora, PUMA, Island Chill and so on
Home Health The Story Of Pad Man, The Sanitary Revolution That Changed the World
Facebook Twitter Google + Pinterest
HealthHighlightLatestLiving

The Story Of Pad Man, The Sanitary Revolution That Changed the World

The worlds first-period film is about to be sown on the silver screens and you might think you know what a period film is, but we are not talking about old-timey pieces whereby you get to see Sean Connery back when he was younger but an actual film about women’s period.

The film revolves around the true story of Arunachalam Muruganatham, who created cheap sanitary pads which revolutionised the way ladies on period can get through the ordeal hygienically and affordable. this was all started through his ingenious low-cost machine that made these pads more affordable for women in India back in 1998. This is a snippet of his experience on the beginning when he felt his wife was hiding something: 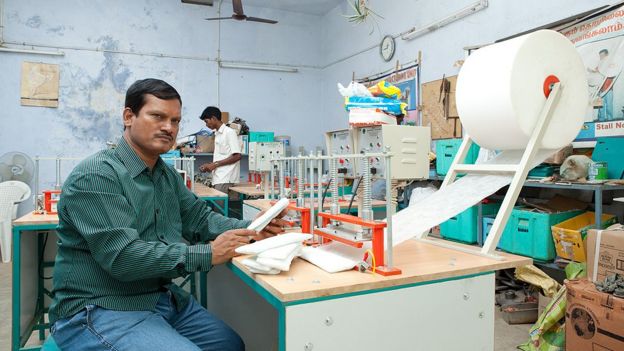 “It was a nasty rag cloth – she was going to use it during her menstruation. I wouldn’t even use it to clean my vehicle,” he said.

“So I decided to gift her a sanitary pad. The shopkeeper gave it to me as a smuggled product. Out of curiosity, I opened the packet. The cotton product was sold for four rupees (4p) – 40 times what it cost to make.”

Period poverty has left up to 300 million women in India without access to sanitary products, which has made them vulnerable to disease, infertility and in some cases, even death. Muruganatham, who is now 55, has since been researching a way for a cheaper alternative, whereby he analysed pads from Western companies, gathering opinions and even used napkins of female medical students before his own final product was released. 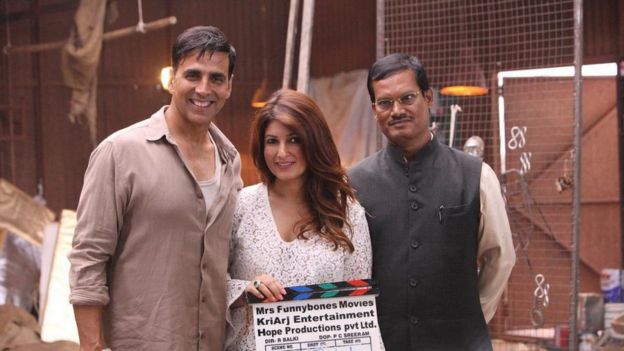 in 2006, Muruganantham had launched a not for profit Jayaashree Industries, which supplied machines making Muruganantham sanitary pads at cost price to NGO’s and woman organisations in India. Today, these pads reached up to 40 million Indian women with machines being planned to be sent to Kenya Sri Lanka, Nigeria and Bangladesh.

His tenacity and revolutionary nature on a subject considered taboo in many countries have given light on this movie like no other whereby it has even gotten the vote of confidence from Sony Pictures with a worldwide release as a major motion picture.

The Story Of Pad Man, The Sanitary Revolution That Changed the World was last modified: January 19th, 2018 by Nicolas See Tho
healthpad manperiodtaboo
0
Facebook Twitter Google + Pinterest
Back To Top

Thunderobot Makes Its Mark In Malaysia With New Gaming Laptops

The BigBad Wolf Book Sale Returns To Ipoh With Up To 95% Discount!

Try your cooking skills with these Chinese dishes

This one’s for all the melophiles out there