Highlight
5 Unique Christmas Traditions Around The World
Get your significant other something different this coming...
British engineers claim to have discovered the location...
Take advantage of unique discounts on a selection...
Get to know these incredible Malaysian women who...
IWD 2021: A virtual campaign that celebrate women...
Trying to get your CNY necessities in the...
Grace’s Christmas Gift Guide 2020: What to get...
Meet the Mixologist: Samuel Ng, the free-spirited SEA...
The most wonderful time of the year is...
Home Highlight Hawaii Gets A False Missile Scare
Facebook Twitter Google + Pinterest
HighlightLatestSpecial

Hawaii Gets A False Missile Scare

For those of you who have not heard, Hawaii had a missile warning triggering massive panics all over the island, but thankfully it had been a false alarm. 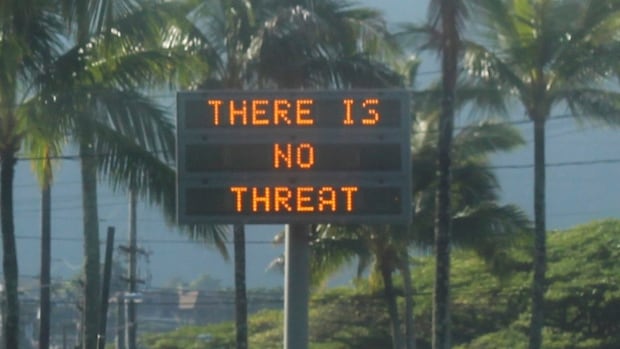 According to Hawaii’s Emergency Management Agency, this false alarm was due to a mistake made by an employee during procedures that occurred in a shift handover. Despite an onscreen prompt requesting confirmation to send the missile warning, the message had still managed to get through SMS and early warning systems. The message mobile users received was: Ballistic missile threat inbound to Hawaii. Seek immediate shelter. this is not a drill. After the events of this gross failure, state officials had stated saying that a cancellation template would be created to address the issue. Now, the confirmation of the alert has to be signed off by 2 people.

Talk about one scary weekend huh.

Netflix Goes All Out With Altered Carbon

You can never go wrong with another gift guide — this time, it’s fancier

This Doctor Creates Art Through Medicine

#SapotLokal: Glow & Blush — a skincare brand that is chemical-free and gentle on the skin